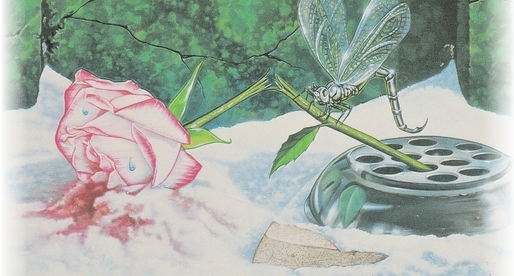 She remained passive, as though the spectre of this man, David March, lay across the table between them. ‘It appears,’ she said, ‘that the family moved from the North of England to Hampshire after it happened. It was a pretty big case at the time.’

‘David March,’ Bond mused, the name hung on the lip of his memory, but he could not quite get to grips with the man or his crime.

‘He killed four girls, in the North of England,’ she said, her voice calm now. ‘At the time, the Press drew some sort of parallel between March and… oh, who were they ? Monsters ? The Moors Murderer s?’

‘Brady and Hindley, yes. Kidnapped and abused children, then killed and buried them on the moors above Manchester. Sure, a cause célèbre. Brady’s in a secure facility for the criminally insane now, and Hindley’s still in jail. That case broke, oh, some time in the early sixties… An appalling business. Terrible… yes, monstrous.’

‘Well, David March made those two look like good fairies. He did his particular thing in the early seventies. I read the file while I was waiting for you to land. He was quiet, unassuming, polite, an undergraduate at Oxford, reading law. The psychiatrists’ reports are interesting; the details of the killings are… Well, I’d prefer that you read them for yourself, James. I was scared before, but after reading what her brother did…’

‘So we have a whole series of bogeymen – terrorists, a lone random crazy, and a victim whose brother…’ He stopped as the name David March suddenly connected with a jigsaw puzzle in his head. ‘That David March ?’ He looked at her, knowing his eyes had widened. ‘The one who kept the heads ?’

She gave a fast little nod, ‘See for yourself.’